Muslim conversions to Christianity lead to punishment and death 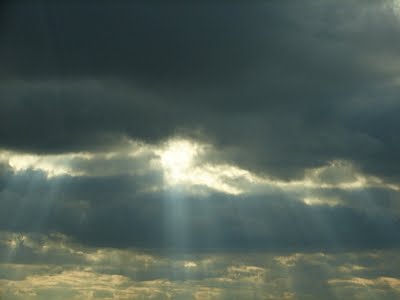 In 1683, centuries of Islamic advance through military conquest came to a halt at the gates of Vienna. Islam then went into almost 300 years of decline. In the early 1770s, an Arab named Muhammad ibn Abdul Wahhab embraced the teachings of Ibn Taymiyya denouncing idolatry and syncretism in Islam. After extensive travels Wahhab concluded that Islam’s decline was due to its corruption. He advocated Islamic Reformation: a return to the Qur’an and ‘true Islam’ as practised by Muhammad and the early Muslims. But Wahhab’s exhortations to reform and his destruction of shrines made him very unpopular.

Eventually Wahhab found a protector in Muhammad ibn Saud, the ruler of Diriyah (in Saudi Arabia, near Riyadh). In 1744 Wahhab and ibn Saud struck an alliance: Wahhab would spread his reformed, puritanical Islam and legitimise ibn Saud as ruler over all the Najd, while ibn Saud would protect Wahhab and wage jihad against infidels. This al Saud – Wahhabi partnership has operated in Saudi Arabia ever since. This was of little consequence before oil was found under the Arabian desert. Since the 1970s the al Saud regime has been able to spend billions of petrodollars funding the global dissemination of intolerant, anti-Jewish, anti-Christian, pro-Sharia, pro-jihad (armed struggle) Wahhabi Islam.

Meanwhile, the revolution in information and communication technologies is making it impossible for Islam to maintain its 1400-year-long dictatorship over Muslims that has been sustained through enforced ignorance, isolation and fear. Even in Saudi Arab ie, information gleaned from satellite television and the Internet is leading some Saudis to question Wahhabi Islam. In November 2007 a Saudi girl aged 19 was sentenced to jail and lashes after being kidnapped at knife-point and gang-raped, because when she was kidnapped she was in the company of a male not her relative.

A most courageous Saudi human rights lawyer named Abdulrahman Al Lahim stepped up to defend her, which guaranteed the case would attract wide media attention. Al Lahim is also suing the muttawa (religious police) for abuse of power. In July 2008 Al Lahim received the American Bar Association’s International Human Rights Lawyer Award. In November Human Rights Watch will honour him with its ‘Human Rights Defender of the Year’ award.

On 12 August, Gulfnews.com reported that a Saudi man, said to be a member of the muttawa, brutally killed his daughter for converting to Christianity. However, this young martyr had been blogging on the Internet about her new faith and trials. She wrote that her brother had been abusing and threatening her ever since he found some Christian articles she wrote as well as a cross sign on her computer screen.

According to a friend who contacted ‘Free Copts’, the killer is in police custody and being investigated over the ‘honour crime’. Gulfnews.com reports, ‘The death of the girl sent shockwaves and websites where the victim used to write with various nicknames have allocated special space to mourn her, while some others closed temporarily in protest.’ Saudi Christianity is a reality, and it is no small thing that the death of this ‘apostate’ is being widely mourned.

This killing will probably lead to two things: (1) increased calls for anti-apostasy Internet laws (as in Iran); (2) increased rejection of Islamic intolerance. Pray that this martyrdom will herald the beginning of a great apostasy debate in Saudi Arabia.
PLEASE PRAY SPECIFICALLY FOR –
our Redeemer God to be mightily at work inside Saudi Arabia, using this girl’s martyrdom for his purposes: enlightening minds, softening hearts and breaking chains – preparing the ground for the gospel of the love of Christ.

God to grant all Saudi dissidents great strength and courage; especially that converts to Christianity will receive immense wisdom from the Holy Spirit, protection by God the Father, and the perfect love and salvation they have in Jesus Christ will drive out all their fear.

‘When the perishable puts on the imperishable, and the mortal puts on immortality, then shall come to pass the saying that is written: “Death is swallowed up in victory.” . . . Therefore, my beloved brothers, be steadfast, immovable, always abounding in the work of the Lord, knowing that in the Lord your labour is not in vain.’ (1 Corinthians 15:54, 58 ESV)

Daughter killed for conversion to Christianity

“For this hard-core Muslim religious policeman who was in charge of enforcing Islamic code in Saudi Arabia, for his own daughter to become a believer in Christ, obviously he felt such shame brought on his family that it was better to kill her than to live with that shame,” said Todd Nettleton of Voice of the Martyrs USA.

According to Gulf News, the man was a working for the Commission for promotion of Virtue and Prevention of Vice. When he found out his daughter had secretly become a Christian, the two of them got into a heated discussion. Gulf News reports that the girls tongue was cut, and she was burned to death.

Nettleton said that what news reports are calling an “honor killing” is a two-sided coin. First, it’s done because of the overwhelming shame that a family feels from one of their own members becoming an “apostate.” Secondly, it’s done because it is a common mindset in the Islamic world that conversion is a process which takes time. “If you’re able to kill your family member before that conversion process is complete, you’re actually doing them a favor because they’re still going to die a Muslim. They’re still going to have some chance of going to Muslim paradise after death,” explained Nettleton.

The girl had written in her blog that her brother had seen some Christian articles of hers and had noticed a cross on her computer screen. She also wrote about the difficulties she faced with her family when they began to suspect her conversion to Christianity.

Religious leaders in Saudi Arabia have warned against the dangers of Christian Web sites and television shows that draw in youngsters and pull them away from Islam. They say spending time in these media outlets is against the teaching of Islam.

The Web sites she visited and blogged on have set aside pages where people can mourn for her, and some have even been temporarily shut down in protest.

In Muslim nations, like Saudi Arabia where the girl lived, a lack of peace is pervasive. “That is leading to questions. That’s leading people to say, ‘What else is out there because, you know, I’ve tried Islam. I’ve followed the Koran. I still don’t feel any peace in my life,’” said Nettleton. “The internet becomes a source of information and, ultimately, a source of ministry that says there is something else out there. There’s Jesus Christ and the hope, the assurance of eternity with Him, and that speaks very loudly to the Muslim heart.”

Nettleton asks Christians to pray for the slain girl’s family. News sources report that her father has been taken into custody for investigation. Pray that the Holy Spirit will soften their hearts through the witness of their daughter and sister, and that they’ll come to a saving knowledge of Jesus. Also, pray for all believers in Saudi Arabia who put their lives on the line to follow Christ.

Some coffee, a keyboard and my soul! My first true friends!

Because we’re all recovering from something.