Help Me Spread the Word about Snuff Films 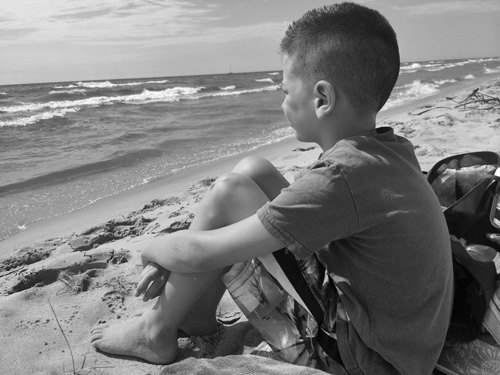 Many of you might not know, as I did not until today, that there are not just porn films featuring children, there are brutal heinous films which show child pornography and torture of small . . . to the age of two . . . children–unto death. That this takes place drives me to tears even as I write this. As despicable and cruel as this is, the demand for these films by the sick, demented creatures I refuse to call human, is beyond my comprehension. No child should ever have to go through abuse of any kind, let alone sexual abuse of such savage magnitude that it results in death.
Please help me spread awareness of this for the purpose of initiating prayer for these innocents and prayer against the demonic perpetrators of such disgusting acts and those, equally possessed by demons, who pay to watch.
That we are living in the days of Noah, just before Christ’s coming, is becoming more and more apparent. I simply cannot go my merry way and turn a blind eye, now that I know this kind of thing happens and is escalating. God have mercy. At least pray with me.
Matthew 18:1-7
1.At the same time came the disciples unto Jesus, saying, Who is the greatest in the kingdom of heaven?
2.And Jesus called a little child unto him, and set him in the midst of them,
3.And said, Verily I say unto you, Except ye be converted, and become as little children, ye shall not enter into the kingdom of heaven.
4.Whosoever therefore shall humble himself as this little child, the same is greatest in the kingdom of heaven.
5.And whoso shall receive one such little child in my name receiveth me.
6.But whoso shall offend one of these little ones which believe in me, it were better for him that a millstone were hanged about his neck, and that he were drowned in the depth of the sea.
7.Woe unto the world because of offenses! for it must needs be that offenses come; but woe to that man by whom the offense cometh!

Matthew 19:14
14.But Jesus said, Suffer little children, and forbid them not, to come unto me: for of such is the kingdom of heaven.

Devotionals on A COURSE IN MIRACLES, A COURSE OF LOVE, THE WAY OF MASTERY, CHOOSE ONLY LOVE, and MIRARI . . .with Celia Hales